Kees Cluistra a fond clapper eminently (look at newspaper clippings / media), de to the 2014 National St. Vincent won the Karin and the only dove above 1000 meter mark. It was the 1and in sector 2 with 3665 pigeons but also the 1and by sector 1, 2, 3, in 4 with thousands of pigeons.

In 2006 when I met Kees was he year Marathon Champion NIC (national basketing center) Oudewater.

End 2006 asked Jan Snel, Kees whether he was interested in helping to take care of all his stock pigeons, Kees has done and so was of 2007 t/m 2011 in tandem played. Kees was about 250 to care for and this 7 dagen in de week, Jan Snel but rather played the program and this had implications for the overnight pigeons, and helped the duo at the end 2011.

Kees had in the meantime been in contact with GJ. Of Linden and Combination Kniest-Rotman. From the pen of Richard Kniest moved boy 2007 after Kees, and there were some good direct pigeons and later found even a clash between sit named Johnny Quick (this translated back as Jan Snel), this top is since 2012 back to the breeding of Richard Kniest what is now called Stud Loft Twente.

Return to Kees racers we can immediately name a few where Kees with his fond tribe built this were initially doves flying butcher from Benschop namely Mountain Paul got here Kees pigeons from the Earth and Brocatus lines, also a great breeding hen Pim van Rijn from Bodegraven on the type of Rhijn Kloeck.

Further, he built his tribe with pigeons from Jan Ouwerkerk, Bert Timmer, Cor Vos, this played with Puck de Jong who again had the kind of Jan de Moedt and Thei Hermans, also a few pigeons from Harm Bergstra, Mudde-Herpst from Krimpen aan de IJssel, Kees Muilwijk from Werkendam and Tim Hagen from Woerden a complete mix of top varieties with great results on the long distance.

Since 2013 we draw from Kees his breeding loft and all with closed scholarship and now shows once again that this is your real friends are. Kees we have a friendship for life and will always help each other where it is needed. This wish I still just lost after Kees and all visitors to our site.

Because Kees 2012 as a whole began again with his team Fond he saw it all the way to tragedy struck in 2013 when Kees had a serious bike accident which season 2013 largely ran in the soup, but see 2014 Kees was rewarded for the hard fight for his life in 2013 after the accident and have the 1and National St. Vincent with Karin (already sold). 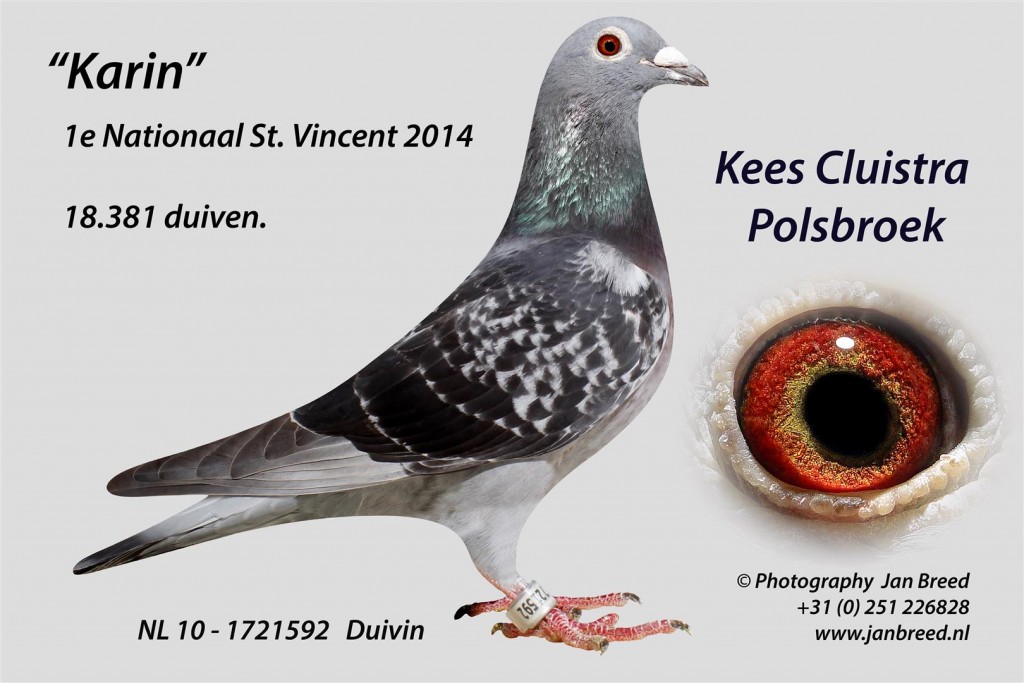