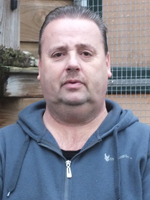 I am Richard Kniest 54 years old and the father of 7 children and worked as a Security expert at a part of the Ministry of Transport. By accident and illness (cvs) I am now completely rejected. Not in 2015 I became a family man and I am at home when the 2 youngest children come home from school and do like using body all the work in the household far as it can and taking care of the whole culture Breeding Loft Twente file and from 2016 I'm going to fly together with my daughter Brittney (14 year) and this with the youngsters. Up To 2002 For years I played with my father with many successes (see newspaper clippings in the Media section). Between 2008 in 2015 I played with my size Freek Rotman and his brother Hennie this with great success. End 2015 The combination broke up that he could not provide more disease Freek the racers and stop the pigeon, his brother Hennie wants to play on his home address the long distance, So I go into 2016 along with my daughter the races playing together under the name Kniest & Dtr and hopefully it will be a great season with the youngsters. 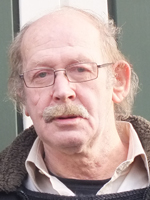 I am William Toss in 67 years old and already 2 years retired and am now married. I have all my life with pigeons played first played together in the beginning with my friend Joop Venerius and later for myself. I is called the Middle Distance specialist Borne because I often succeed with little birds make great results, I do there have to say that the Middle Distance with it the most is. Because of my illness onset 2014 my pigeons tailor Richard Kniest here and looked after everything I've been given a complete round of pigeons which directly resulted in the 3and Championship designated Youngsters with beautiful top prizes include. A 1and and a 2and. Now got into the joint project of Breeding Loft Twente. Richard Kniest and daughter Brittney, and hopefully it will be a great pigeon season with great races and great results.